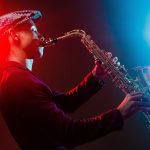 The launch of a new podcast series from CHIP 101.9

The launch of a new podcast series from CHIP 101.9

CHIP 101.9 is launching a new podcast intended to allow listeners to take an overview of certain current affairs, mainly in the Pontiac. Éric O’Brien, native of Litchfield, who has held several radio positions, was given the mandate to produce this series. He gave an overview of this series of six podcasts, entitled “Balado Nouvelles CHIP 101,9”.

The first part of this series will concern Premier François Legault’s announcement in Maniwaki, with 5,000 Quebec government employees to be moved to the region, but so far no jobs have been announced for the Pontiac. The project for a nuclear waste site in Chalk River, the economy in the Pontiac, the war in Ukraine, the reopening of the Félix-Gabriel-Marchand bridge and the provincial election campaign should hold the attention of this series in the coming weeks. This first series of “Balado Nouvelles CHIP 101,9” is sponsored by Century 21 Elite real estate broker, Sébastien Bonnerot.