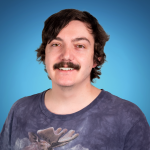 An agreement in principle was accepted by 89% of MRC Pontiac’s unionized staff for the renewal of their collective agreement last night (December 7). Syndicat de la fonction publique et parapublique du Québec (SFPQ) regional President Michel Girard explained that the offer contains a salary increase of 14.75% over 5 years. In return, the employees left 2 days of public holidays offered to them.

He said that there were 26 unionized staff in total. Year by year, the salary increases will be as follows: 4%, 3%, 3%, 2.5% and 2.25%. Girard said that the negotiations went quickly following the strike that they staged on November 23.

When interviewed in French, Girard also noted that teleworking would be returning as well.

“We are pleased to have come to an agreement that satisfies both parties and that the negotiations were resolved before the Christmas holidays and the new year,” the MRC’s interim Director General Kim Lesage wrote in a statement.