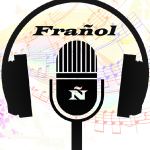 On Friday afternoon (September 30), around 100 people gathered in downtown Campbell’s Bay to dedicate the newly renovated park in honour of Mayor Maurice Beauregard, who was diagnosed with stage four cancer in April at the age of 43.

Councillor Tim Ferrigan opened the ceremony with a statement marking National Truth and Reconciliation Day, before talking about Beauregard Beauregard and the park he helped create.

Ferrigan also gave a detailed account of how the various improvements to the downtown area came to be.

Pontiac MNA André Fortin spoke highly of Beauregard and his numerous efforts to better the Campbell’s Bay community. He pointed out that the number of people in attendance was a testament to the impact that his work has had.

MRC Pontiac Warden Jane Toller also spoke about Beauregard’s determination, and presented him with the Pontiac Paddle of Accomplishment, the MRC’s highest recognition.

Near the end of the ceremony, several dozen children from the local elementary schools arrived from up the street, and wasted no time putting the park to good use.

The final attendee to giver their remarks was local priest Fr. Michael Goring. 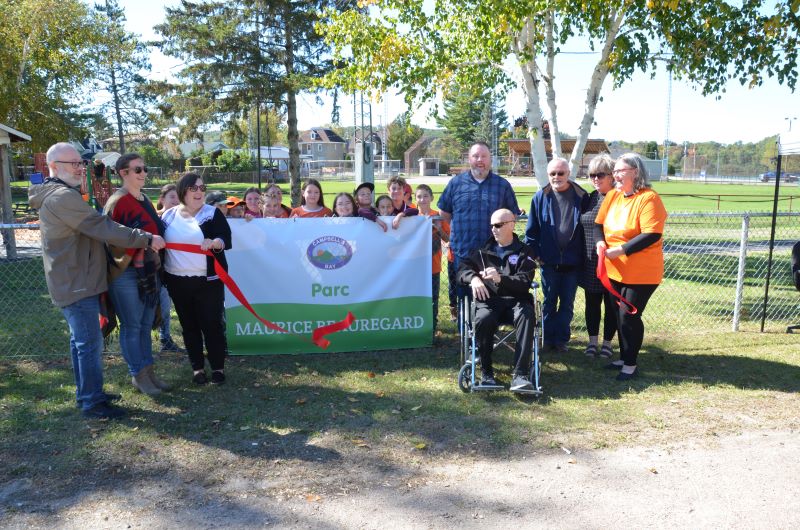 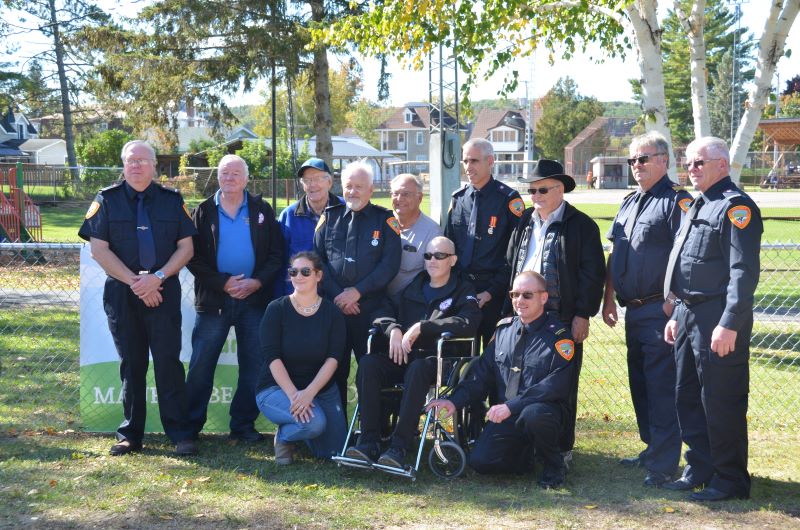 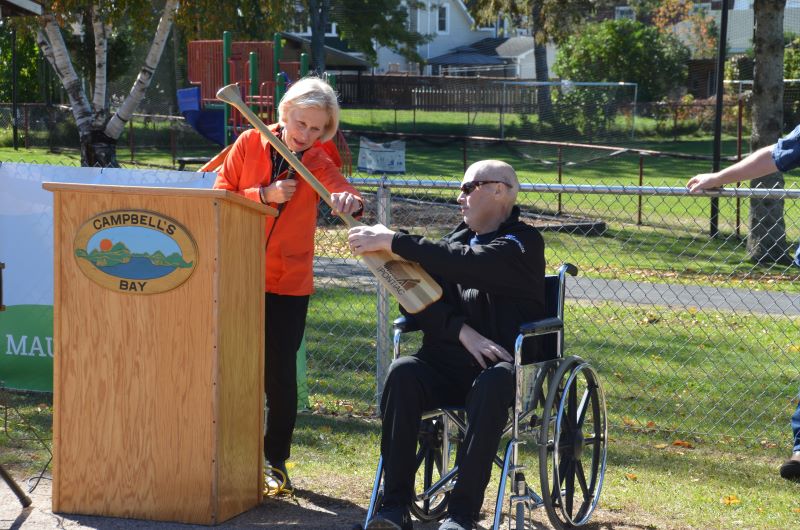 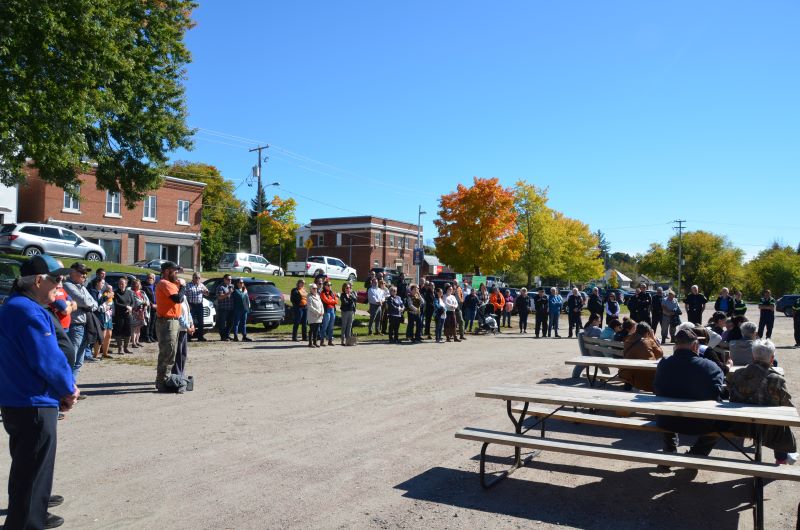 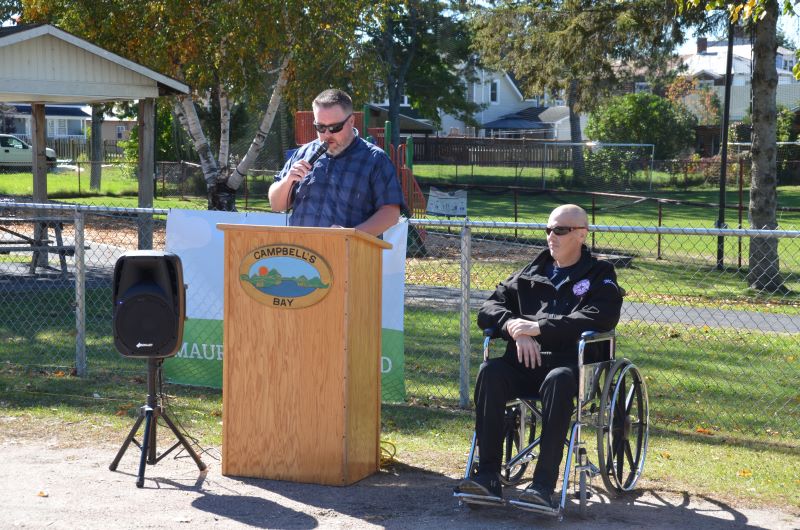 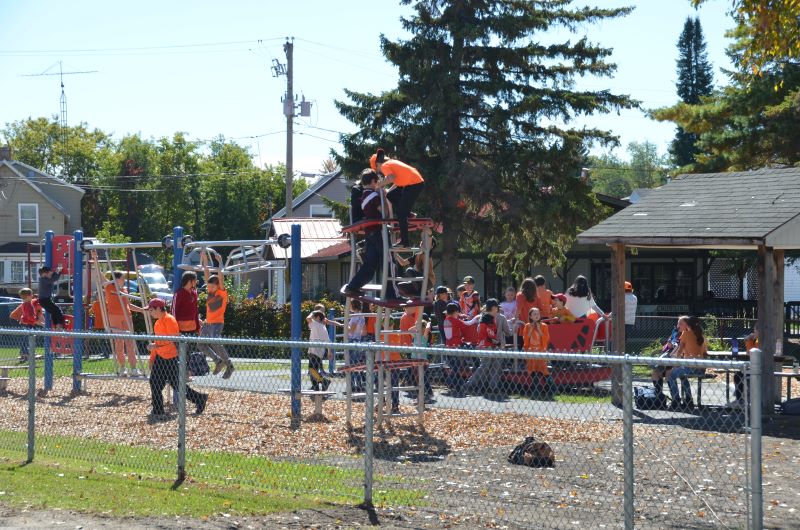