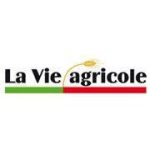 CHIP 101.9, also known as Pontiac Community Radio, was registered as a non-profit organization in June 1978. The first on-air broadcast took place on March 1, 1981. The creation of CHIP 101.9 was due to the involvement of more than a hundred people who wanted to provide the Pontiac with media that would be dedicated to the region.

CHIP 101.9 has a French-language licence from the CRTC and ensures, through its mandate, the promotion of linguistic duality within the Pontiac territory. The territory served by CHIP 101.9 includes all of Pontiac (all the municipalities of the MRC Pontiac as well as the Municipality of Pontiac which belongs to the MRC des Collines-de-l’Outaouais). The station provides news coverage throughout this territory, paying particular attention to current events in the provincial riding of Pontiac but also to the entire Outaouais.

The primary mission of the Pontiac Community Radio is to entertain and inform its listeners about what is happening here in the Pontiac, and more broadly in the Outaouais, Quebec and elsewhere in the world. The radio station broadcasts on the frequency 101.9 on the FM band with a 10 KW transmitter allowing it to broadcast over a large territory. Located in the Pontiac, which is considered to be the “gateway to western Quebec,” CHIP 101.9 strives to provide news coverage for the communities living on both sides of the Ottawa river.

In order to serve all the people of its community while respecting its French-language licence from the CRTC, CHIP 101.9 offers its listeners diversified programming, including English-language programming aimed at informing the region’s English-speaking communities about what is happening in the Pontiac, but also elsewhere in Quebec. CHIP 101.9 also plays a leading role in the cultural field in the region, particularly by allowing the people of the Pontiac to have access to Quebec musical and cultural products.

Pontiac Community Radio has distinguished itself throughout its history. A project by and for the community, CHIP has created programming that reflects the values and successes of its people. After the launch of the station, CHIP gradually evolved in the 80s and 90s in order to reach financial stability. It was at this time that the radio began its radio bingo which brought together thousands of people over the years. Becoming an important employer for this region affected by various economic difficulties, CHIP 101.9 has developed a newsroom that has become an indispensable reference in terms of local information. CHIP 101.9 is not only dedicated to the development of artistic talent, but has also become over time a real school for journalists and hosts who are new to the field.

In the early 2000s, CHIP 101.9 built an office on rue Principale in Fort-Coulonge that would house the radio’s new permanent location. In the 2010s, the organization achieved strong growth by focusing on local information among other things. This growth is due to the work of several volunteers who have ensured the administration of the radio throughout its existence. It should be noted that in 2015, on behalf of CHIP 101.9, the president at the time, Michel Bélanger, was presented with a prestigious award at the convention of the Association des Radios Communautaires du Québec. This award was an honour for all members of the CHIP 101.9 board of directors who have volunteered since 1978. In 2016, CHIP went from frequency 101.7 to 101.9, completely transforming its image and focusing on local information and entertainment for its listeners. It was during this period that CHIP 101.9’s radio bingo gained momentum. This has allowed the organization to invest more in local information and produce up to 2,000 articles per year, broadcast on-air and on the web.

In 2019, with flooding hitting the riverfront communities throughout the Pontiac, CHIP 101.9 once again demonstrated its importance and purpose. A true reference in information, CHIP 101.9 accompanied the population throughout this disaster that forced several hundred inhabitants to abandon their residences. CHIP 101.9 was the only 24-hour media outlet in the Pontiac, providing emergency service to its community through live broadcasts of special information sessions for residents of Mansfield and Fort-Coulonge, reports from all affected municipalities, and live interviews with affected residents and responders.

CHIP 101.9 has adapted over the years to become a multi-platform medium providing not only interviews and radio information, but also by being a producer of written news through its website and by producing reports, debates or video interviews. During the COVID-19 pandemic, CHIP 101.9 continued to play a role that lived up to its reputation by providing an information and entertainment service to its listeners during the various lockdown sequences. In an age of disinformation, CHIP 101.9 provides leadership in the field of local information and remains the primary source of information for its community.

Volunteering at your Radio station !

If you would like to volunteer with Pontiac Community Radio, contact us directly by phone at (819) 683-3155 to find out about the possibilities.