The union representing employees at MRC Pontiac is stepping up its pressure tactics as its negotiations with management have stalled for the time being. The union held a barbeque for employees outside the MRC Pontiac office at noon today (November 9).

Michel Girard, the regional President of the Syndicat de la fonction publique et parapublique du Québec (SFPQ), explained that they had received a new offer from the MRC management last week offering salary increases of 13.5% over five years but cutting two statutory holidays. This comes on the heels of a previous offer, which the unionized employees voted down on October 27, which offered increases of 13.25% over 5 years.

Girard said the offers made employees angry and noted that they wouldn’t accept anything less than salary increases of 14.5% over five years. He noted that the MRC management could come back to the table, but if they didn’t, the SFPQ was prepared to strike for up to 10 days. He noted that they are required to give 10 days notice before any strike actions.

In addition to the barbeque, on Monday the front of the MRC office was adorned with SFPQ flags, stickers and caution tape. Back in September, the unionized employees voted to authorize pressure tactics during the negotiations. The employees of the MRC have been without a contract since their previous agreement expired at the end of 2021.

The full conversation with Girard (3m25) is available here. 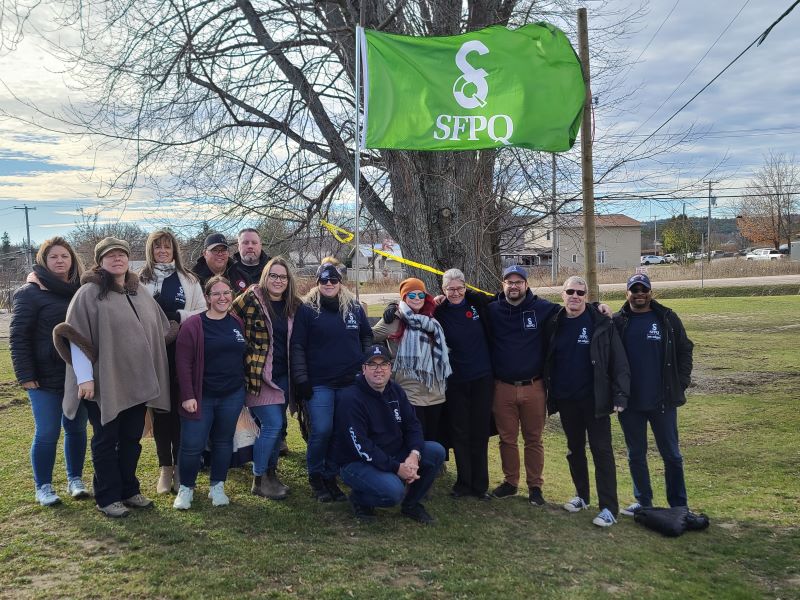 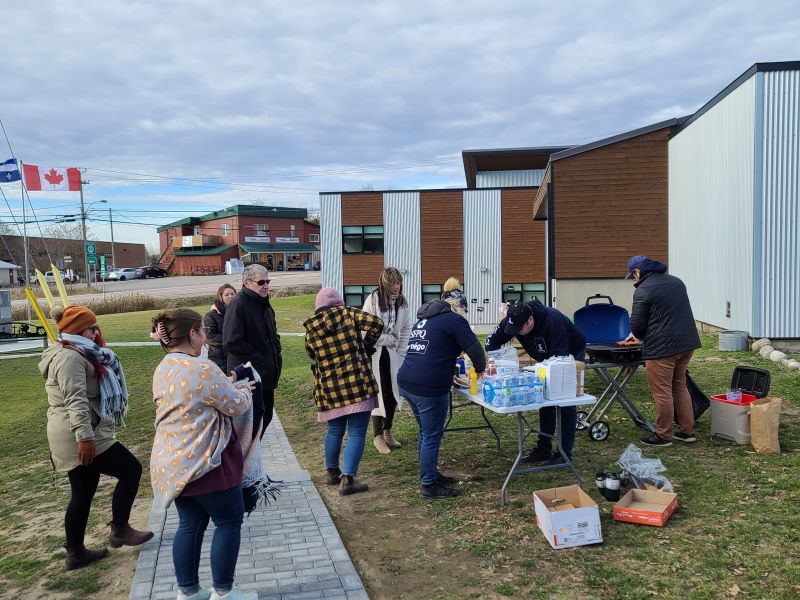 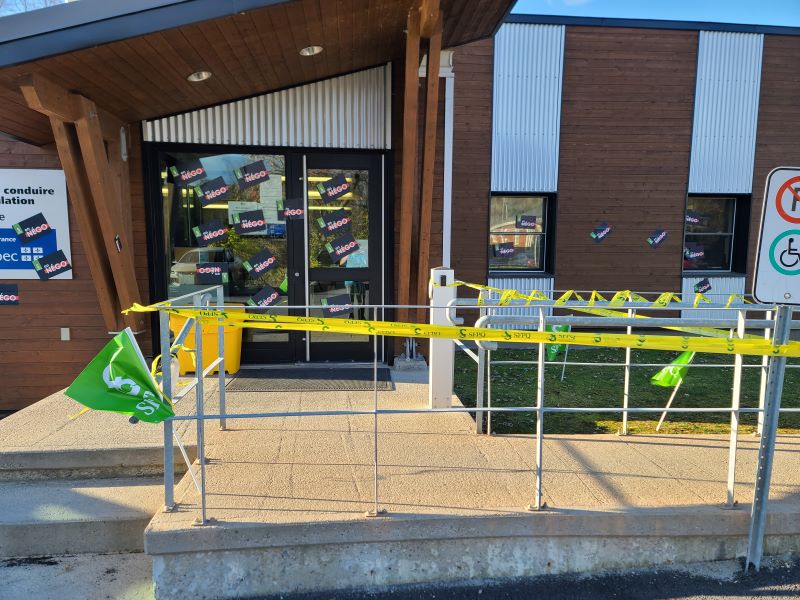 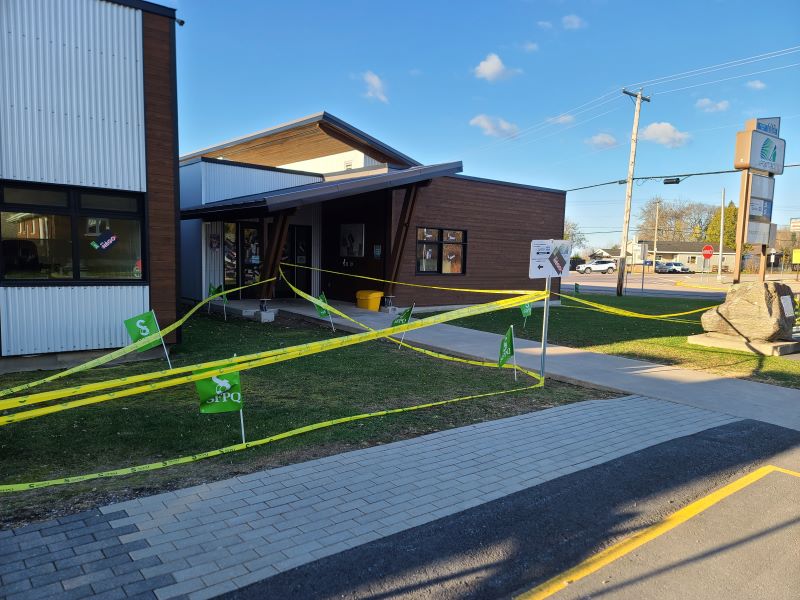