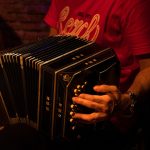 As CHIP 101.9 previously reported, the first-degree murder trial of Johan Mitchell Blake MacLennan in the bludgeoning death of his landlord, Harold Plugowsky, ended on December 14 with the verdict that MacLennan was not criminally responsible due to mental illness.

MacLennan was charged with the first-degree murder of Plugowsky, 61, who was found with severe head trauma at his Fort-Coulonge residence in September 2020. The first trial started in May 2022, but ended in a mistrial after members of the jury contracted COVID, and had to be rescheduled.

Crown Prosecutor Simon Pelletier explained that the verdict is not the same as an acquittal.

Pelletier said that the jury deliberated for four days before making the decision, which had to be unanimous. Their decision was based on testimony from witnesses that encountered MacLennan at the scene, as well as testimonies from psychiatric experts for both the prosecution and defense who interviewed MacLennan.

Pelletier explained that MacLennan is currently in custody in a psychiatric hospital and there will be a hearing by a review board held within 90 days to determine the future course of action. His status will be reviewed periodically (typically annually) in order to determine if he will remain at the facility or have his conditions changed. Pelletier said that the crown will be involved in these deliberations and emphasized that the safety of the public is paramount in these discussions.

Pelletier added that though the process took more than two years and required a second trial, the process was relatively expedient, all things considered. Under the Charter of rights and freedoms, citizens have a right to be tried within a “reasonable time”. According to the Supreme Court’s “Jordan rule”, that means, with some exceptions, there is a ceiling of 30 months between when someone is charged and when their trail can take place, or 18 months if there is no preliminary inquiry.