Thanks to the help of some Pontiacers, a Ukrainian family has arrived in the region and is currently going about setting up their lives in a new country. CHIP 101.9 spoke with members of the Dobrovolskiiy family as well as their Canadian hosts, the Cameron family, about their experience over the past few months. The Dobrovolskiiys are made up of father Serhii, mother Yuliia, son Serhii junior (22) and daughter Kseniia (12).

During the interview with the Dobrovolskiiys, the younger Serhii translated for his father.

The family is from the city of Kharkiv in north-eastern Ukraine, which is situated quite close to the Russian border, where they ran an online clothing store.

They were on holidays in Sri Lanka and scheduled to fly back near the end of February but when the Russian troops invaded, they were unable to return. Serhii said that the first few days were full of confusion and frantic communication with their friends and family back home.

They ended up appealing to the Canadian High Commission in the Sri Lankan capital of Colombo, where a staffer helped get their documentation in order. Serhii said that the process took several weeks, as the Canadian government’s official program for taking in Ukrainians had yet to be created. During that time, the political situation in Sri Lanka was deteriorating as well.

Amy Cameron said that she had been watching coverage of the Russian invasion and found out about a website, icanhelp.host, that was working to connect Ukrainians fleeing the war with private sponsors in other countries. She made a post in the first week of March, and after spending some time video chatting with the Dobrovolskiiys they agreed to host them at their home.

The Dobrovolskiiys finally got their visas in the first week of April and made their way to Canada, with a four-day layover in France, as it was their cheapest option. Cameron picked them up at the airport in Montreal on April 14 and brought them back to her home in Thorne. Serhii said that the Camerons were very hospitable, and Amy’s parents Lloyd and Gail Cameron even lent them a car so they could drive to appointments and seek out employment. 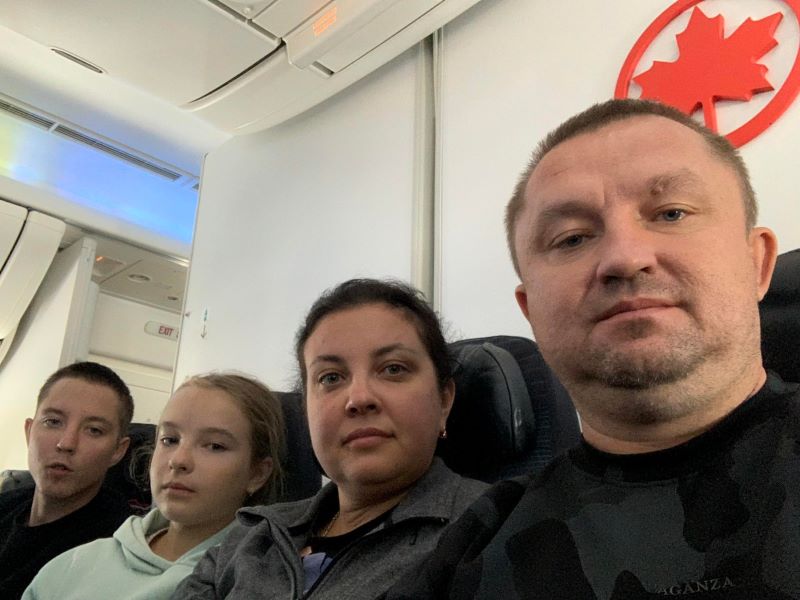 The Dobrovolskiiy family, Serhii, Kseniia, Yuliia and Serhii, on their flight to Canada.

In the initial days following their arrival, Cameron helped them set up meetings with various government departments and getting their documents in order. Since they were some of the first Ukrainians to arrive in Canada, she said that there was some bureaucratic hurdles initially.

Cameron added that the Dobrovolskiiys aren’t technically refugees, but rather temporary residents for up to three years.

They managed to get Kseniia enrolled at Dr. S.E. McDowell Elementary in Shawville for the remainder of the school year, which was complex given Quebec’s rules on language. Cameron said that there is an exemption for temporary residents. Both the school and the Western Quebec School Board were willing to allow her to attend for the time being, but depending on what they hear back from the provincial government, she could have to attend a French-language school in the future. She learned the basics of English at school in Ukraine, but starting over in French would be a challenge Cameron said. 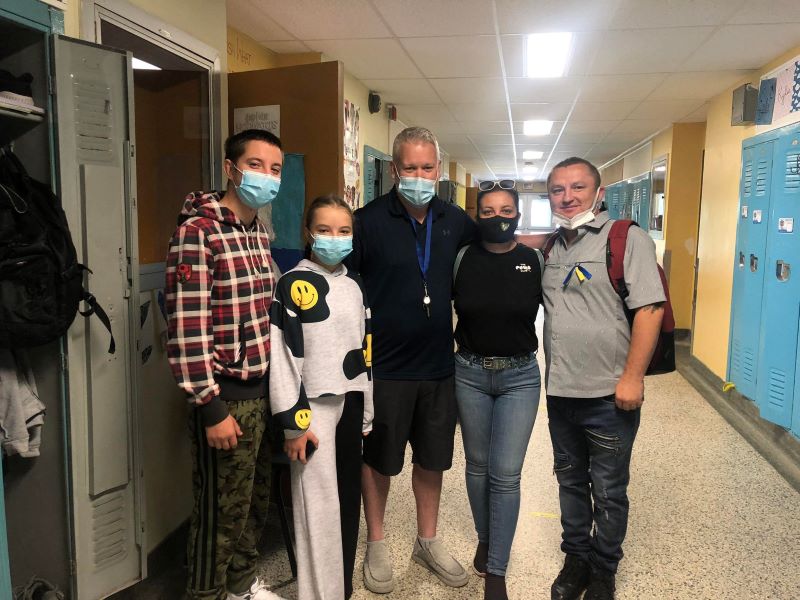 Serhii said that they keep in constant communication with their loved ones back home, and mentioned that Yuliia’s brother was living in territory occupied by Russian forces at the time of the interview (mid-May). He added that they hadn’t heard much about the current state of their old neighbourhood, as there had been heavy fighting in the city.

The family temporarily re-located to Ottawa in order to look for work, while Kseniia attends school in Shawville, and they make the trip back and forth often. The younger Serhii explained that the job hunt has been difficult, primarily due to the language barrier.

Cameron said that is has been heartwarming to see her four children, who are all under seven years old, adapting to the changes. She added that it really feels like they’ve added new members to their family.

Currently, the family is preparing to move into a one-year rental space in Gatineau on June 1, and are in need of furniture. Serhii also mentioned that they were in search of a vehicle of their own, as well as employment opportunities.

They both said that they liked Canada and expressed gratitude for the kindness and generosity that had been shown to them by the people they’d met.

Serhii commented specifically on the size of Canada, saying that what Canadian’s considered a “close” drive was different than they were used to.

Those looking to help out or donate can contact the family directly at dobrovolskiiy99@gmail.com. 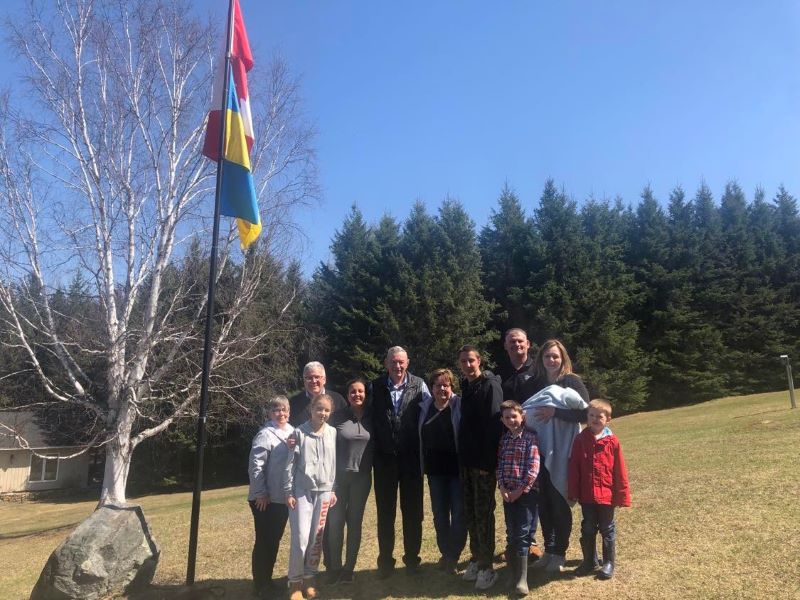 The Dobrovolskiiys with the Cameron family.