Over the weekend, Marie Gionet, the host of CHIP 101.9’s lunch hour show Midis avec Marie was named the “Host or cultural columnist of the year – regional market” at the Rencontres de l’ADISQ, held in Quebec City. The ADISQ is a non-profit organization dedicated to promoting the independent music industry in Quebec.

Though Gionet was nominated for the same award last year, this is the first time that a member of CHIP 101.9’s team has won an ADISQ award.

“This is a great moment for our Pontiac Community Radio, founded in 1981, which had not yet seen a member of its staff recognized during this ceremony,” said CHIP 101.9’s Director François Carrier. “We are proud, but we are also very happy to see Marie’s work recognized, as she is passionate about artists and the cultural scene.” 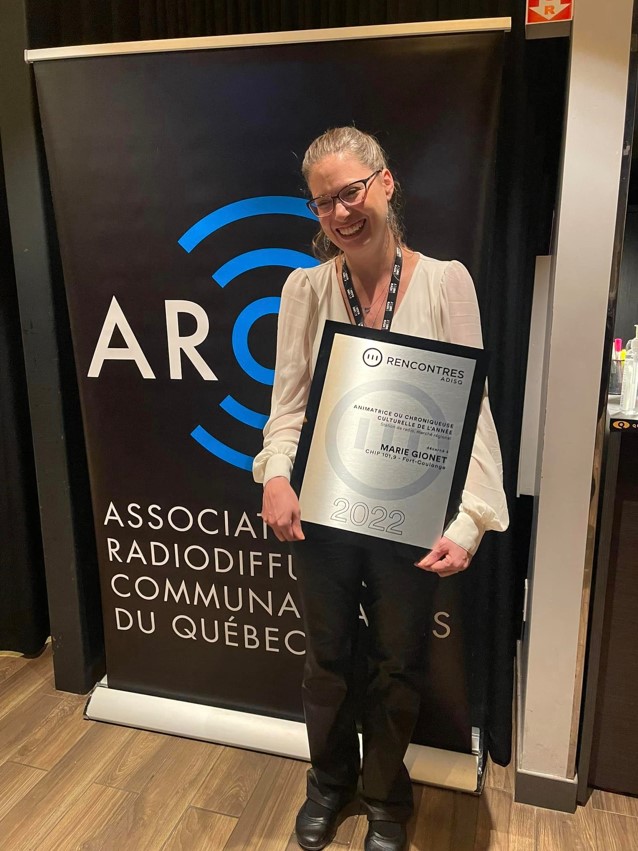 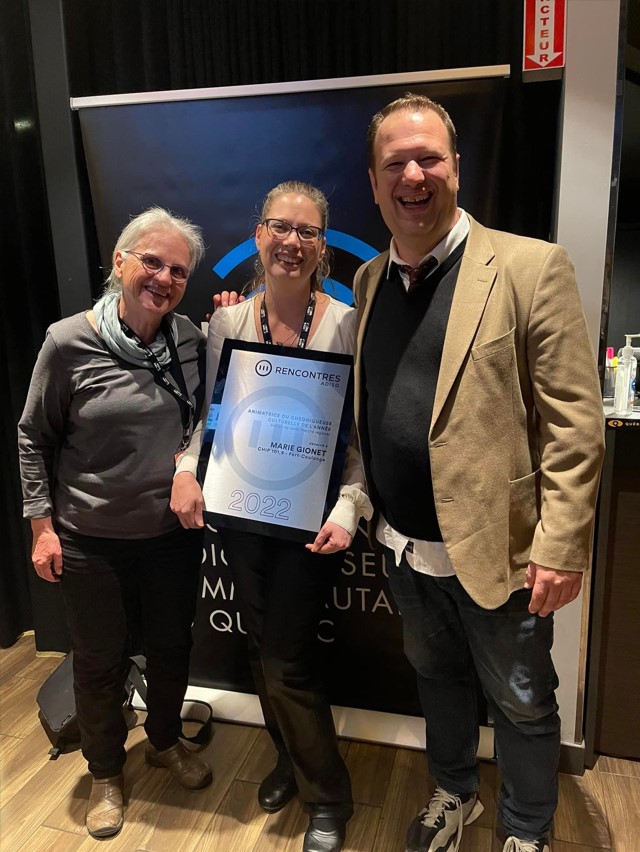