Attendees at the Campbell’s Bay/Litchfield day camp go the chance to try out their spray painting skills, as they were visited by artist Philippe Landry Monday (August 1). A professional visual artist out of Gatineau, Landry showed the children the basics of creating a mural.

The camp, which is a pilot project being funded by the two neighbouring municipalities and carried out by the Maison des Jeunes has been going well, according to coordinator Desiree Tremblay.

She added that there were 36 kids between 5 and 11 taking part in this year’s camp, and there was currently a waitlist to join. In addition to the mural workshop, they have a variety of activities each week and even field trips to various sites throughout the Pontiac. Once completed the mural will be displayed at the Maison des Jeunes building in Campbell’s Bay, located on rue Patterson. 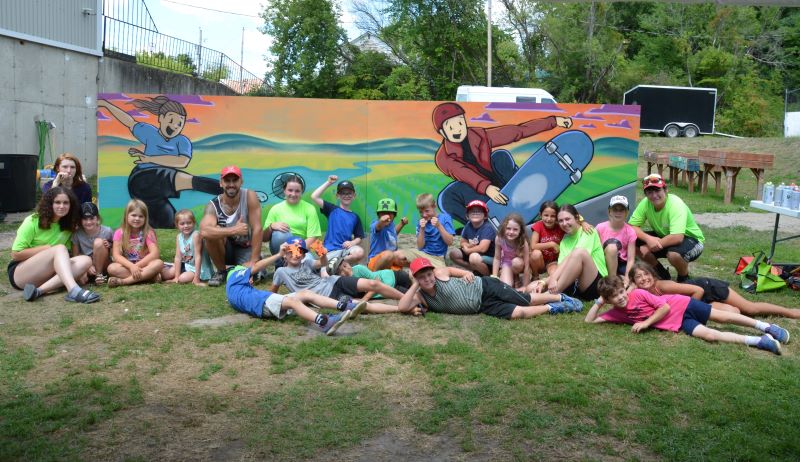 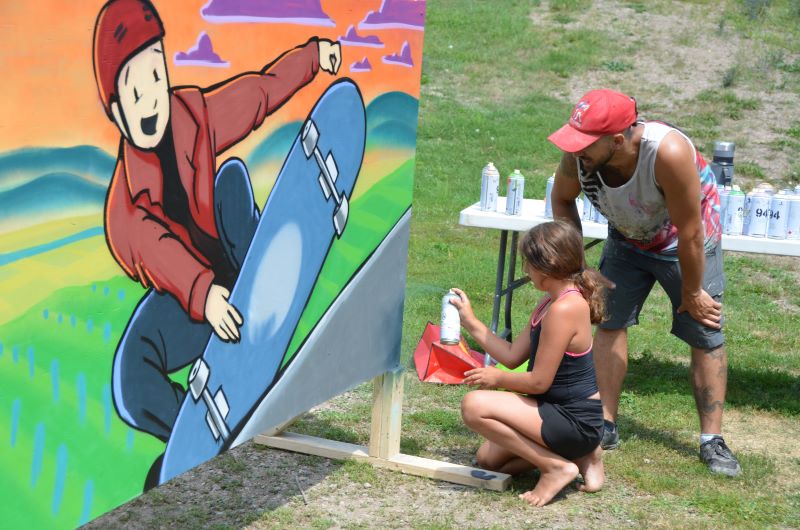 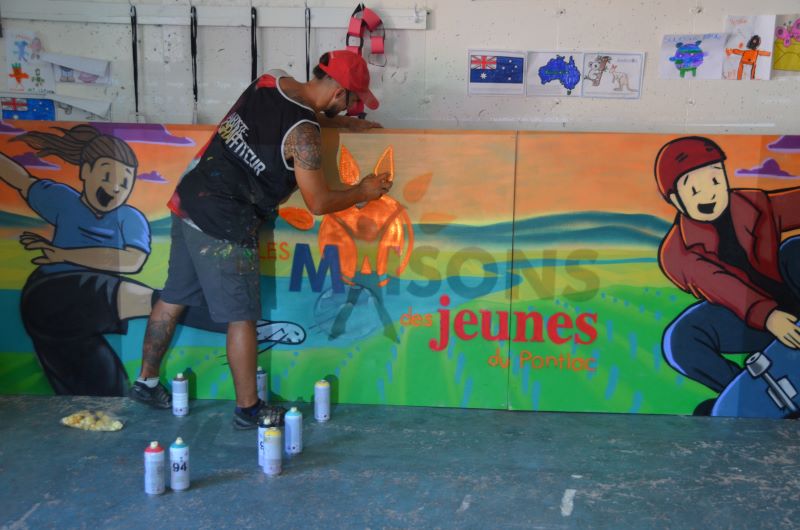