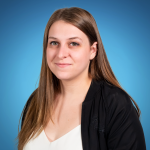 During a special council meeting Thursday, January 5, 2023, the mayor of the Municipality of L’Île-du-Grand-Calumet, Jean-Louis Corriveau, announced that they have  officially hired Tracey Hérault as the municipality’s new director general.

Hérault is the former Director General in Bryson, and will officially be stepping into her new role on the Island January 6. This comes months after Elaine Déry, l’Île-du-Grand-Calumet’s former director stepped down from the position in September 2022. However, this not the first time Hérault has worked with the municipality of l’Île-du-Grand-Calumet. She has done short-term contract work for them in the past.

As a result of Hérault heading to the Island, the Municipality of Bryson posted a job offer on its Facebook page Wednesday, January 4, beginning the recruitment process for hiring a new Director General.

The deadline to apply for this position is January 20, the offer is available here.