Organizers Hayley and Holly Campbell explained that each of the participants choose a section of the fair, from the beef show to the poultry barn and everything in between, and give a short speech about their chosen topic. The judges for this year’s event were Meaghan McConnell (Miss Shawville Fair 2005), Shannon Gillan of the Carp Fair and Clarendon Mayor Ed Walsh.

This year, Laura Mayhew was crowned the Ambassador, accepting the Equity Rose Bowl from 2019 Ambassador Cadence Beck. This was a bit of a family tradition Laura explained, as her older brother Alex was named the first male Ambassador in 2018. 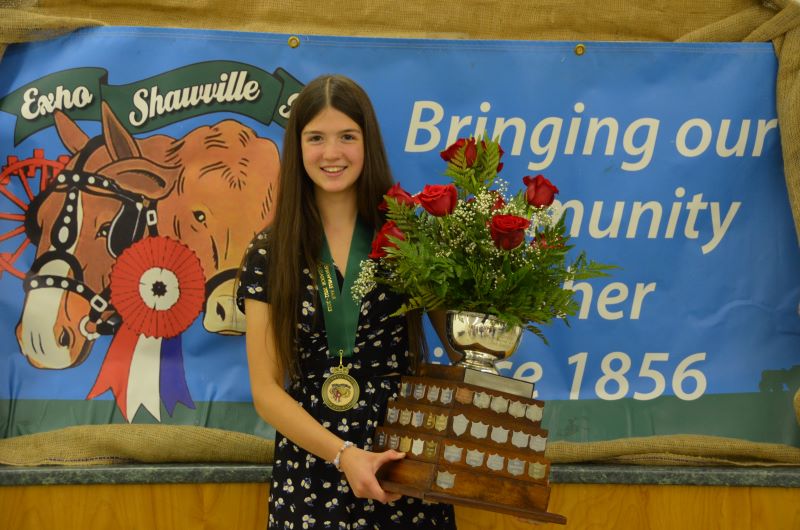 She said that this year she would be showing a number of animals at the fair, including a calf named Peanut, a rabbit named Whiskey and a market lamb named Moonshine.

She said that she was looking forward to seeing everyone this Labour Day weekend. 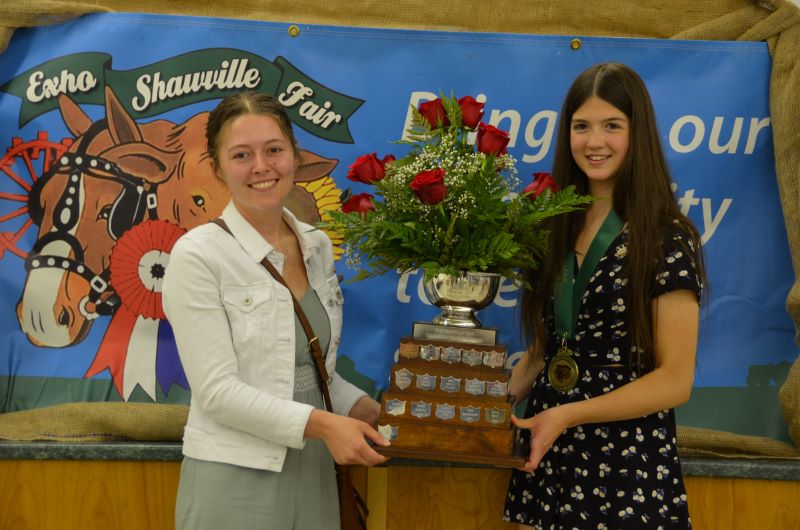 2019 Fair Ambassador Cadence Beck passes on the trophy to Mayhew. 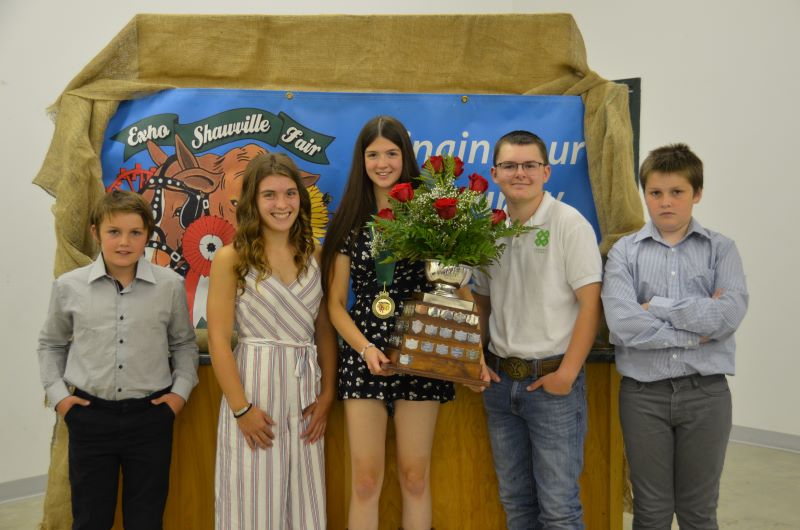 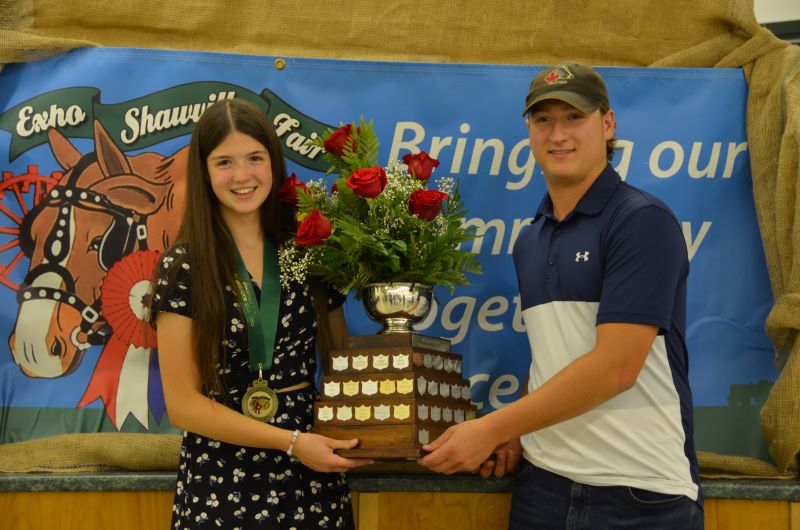 Mayhew poses with her older brother Alex, the 2018 Ambassador.