Premier François Legault was in Gatineau this afternoon (August 12) to announce two candidates for his party who will be running in the Outaouais ridings currently held by the Liberals, Hull and Pontiac.

Real estate agent Corinne Canuel-Jolicoeur will run against two-term incumbent André Fortin in the Pontiac riding. She has also worked for several federal government departments, and is currently employed as a Human Resources Director at Women and Gender Equality Canada. She has lived in the region since 2007 with her partner and three children.

CHIP 101.9 has requested an interview with Canuel-Jolicoeur.

Legault was greeted by supporters at the press conference with chants of his name.

For the riding of Hull, Legault named science teacher and founder of Équité Outaouais, Suzanne Tremblay, as the CAQ candidate. She will face off against Maryse Gaudreault, who is seeking a sixth term. 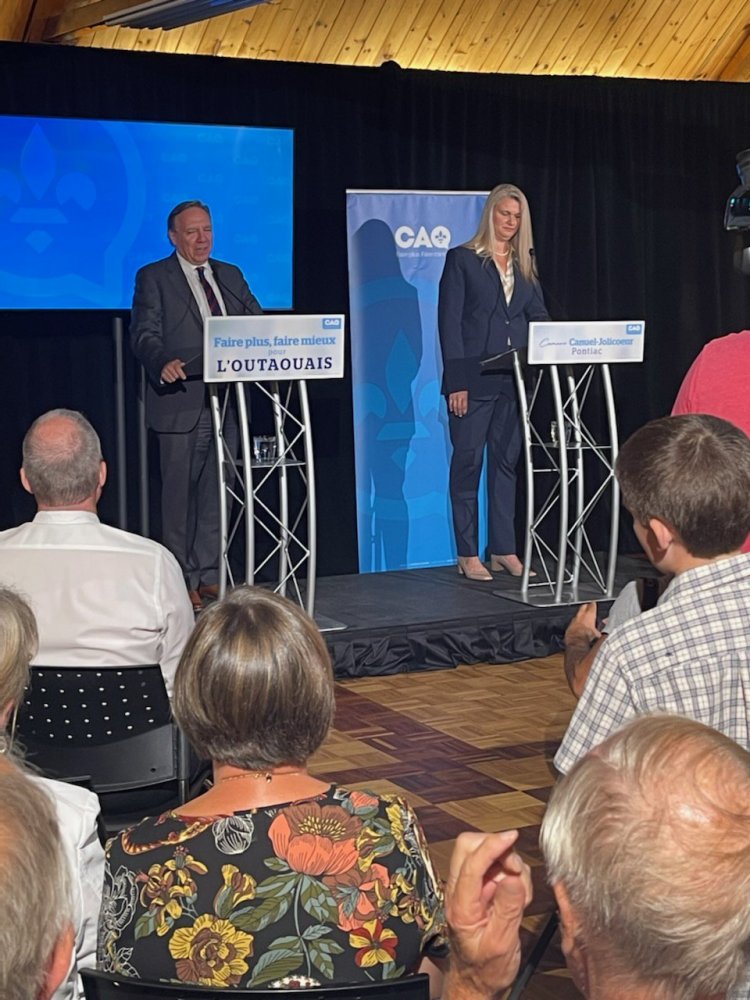