The riding of Pontiac was the only seat won by the Quebec Liberal Party outside the Montreal area in last night’s election. The Coalition avenir Québec (CAQ) incumbents in the Outaouais, Mathieu Lévesques (Chapleau), Mathieu Lacombe (Papineau) and Robert Bussière (Gatineau), all comfortably held their seats. In the riding of Hull, which, except for one term, has been held by the Liberals since 1956, CAQ candidate Suzanne Tremblay managed to unseat four-term incumbent Maryse Gaudreault.

CHIP 101.9 spoke with Tremblay after her victory. 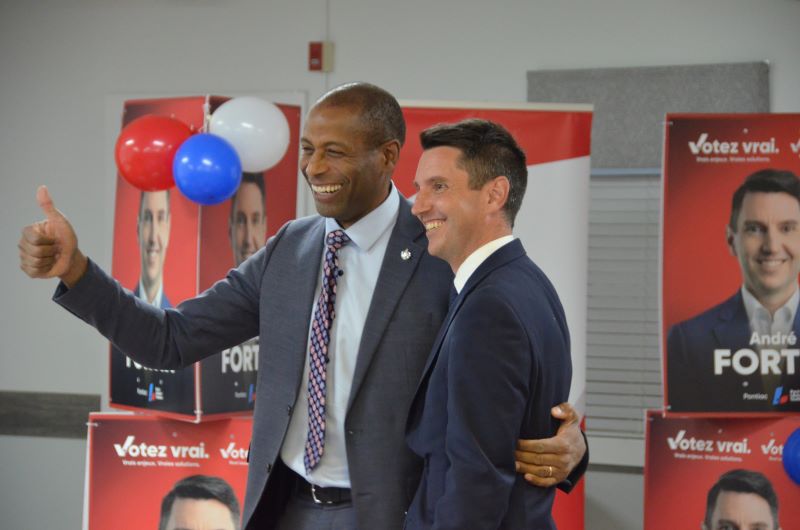 At the election night party, held at the Knights of Columbus Hall in Aylmer, Hull-Aylmer MP Greg Fergus gave a congratulations speech before Fortin spoke to the media. He had this to say to the English-speaking voters of the Pontiac:

Full results from the Pontiac riding:

The full audio from the media scrum at Fortin’s election night party (both English and French) is available below: