On Sunday afternoon (September 11), outgoing Pontiac MNA and Liberal candidate André Fortin opened his campaign office in Shawville, attracting a crowd of about 40 supporters. The office is located in the strip mall along Hwy. 148, in what used to be Atkinson’s Bar.

Fortin took the opportunity to present three specific commitments to the rural part of the Pontiac. If elected, he would work to set up a dedicated daycare service for health care workers in the Pontiac. In addition, the candidate will also work to ensure that the Sainte-Marie elementary school in Otter Lake can accommodate English-speaking students from the Western Quebec School Board. Finally, Fortin will work on the implementation of local services such as SAAQ driving tests in Campbell’s Bay.

He addressed Premier François Legault’s recent decision to scrub all English from his campaign website.

He also gave a run-down of his schedule over the coming days, as he will be out and about campaigning throughout the region. This evening there will be a French-language debate hosted by community organization Équité Outaouais. 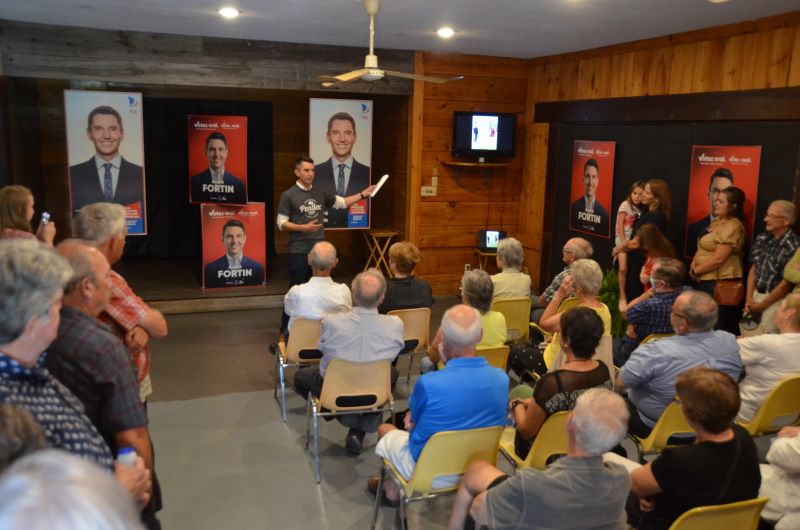