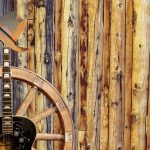 A boil-water advisory is in effect for residents of Fort-Coulonge as well as the St-Camille and chemin Grand-Marais sections of Mansfield. Mayor Christine Francoeur explained to CHIP 101.9 that they are currently waiting on a part for the water system’s computer control, which should be delivered anytime between August 8 and 30. She also requested that residents reduce their water usage by cutting back on car washing and lawn watering.

Francoeur added that Fort-Coulonge has a Telmatik messaging system to put out information like boil-water notices, but not every resident has signed up. Those interested can register on the municipality’s website or by calling the municipal offices directly (819) 683-2259.